Destroy All Enemy Bases In The Area

Destroy the COM's Tower in the 4th Base

"Sir, I have configured a version of the Cougar I'm calling the Puma." - Foster

After spawning in, proceed down the road, destroy the two tanks that come up it with the PPC cannon. You will then come to a bridge, destroy the bridge if any enemies are on it. Then wipe out the remaining enemies in the area. Collect the salvage.

After doing that, moving up the road, or over the hill behind the base will activate a cut

scene, showing three elementals fly over from a hill. Take these out using the PPC and Crossbow Missiles. An Elemental only take 3 PPC (single) shots to kill. Standing in the water will increase the cooling rate.

After destroying the trio of Elementals, either take the ramp up to the second infantry base, or fly up over the hill that the Elementals came off of. Destroy the series of laser turrets in the area first. Their red lasers do more damage then the Crossbow Missiles the tanks use. There are two turrets in total, destroy both of these using either the PPC or the Crossbow Missiles the Puma sports.

After killing all enemies in the area, set the PPC up for use, there is 2 Laser Turrets defending the gates of the

third base, the PPC has the range to take them out with out the turrets firing back. After both the turrets are gone, approch the base, if the gate is closed, JumpJet over it. Otherwise, head into the compound and destroy the forces occupying it.

Objective: Destroy Forth Base + Defenders and COM's Tower.

The forth and final base is heavily defended, be warned, this is the first Mech engagement of MechAssault. An Owens light Mech will come out of the main gates along with missile tanks, Infantry, and laser turret support. Take out the tanks, and Laser Turrets first, fighting another Mech is a lengthy process and it's more even if it is an 1 vs 1. Pull back the the third base if you take major damage, armor salvage can be found in abundance.

After destroying the Owens and the defenders outside the base walls, proceed inside the walls, there are three

turrets that need to be delt with, and possibly any tanks that didn't come out to support the Owens. Also there is a swarm of infantry, so step on them all. After that's done, shoot the big satellite dish at the back of the base with the PPC cannon until it blows up. The mission ends. 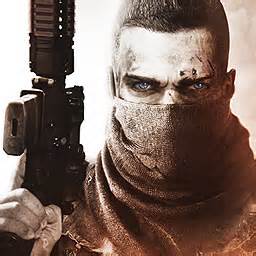 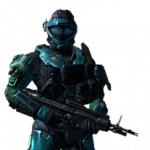